for commercial and domestic use 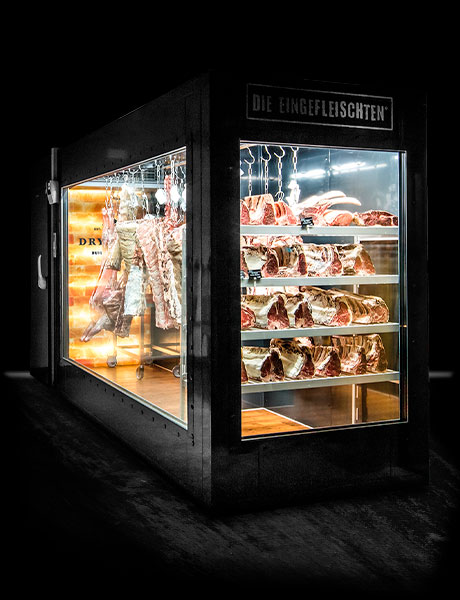 Walk-in Dry-Aging larders from DRY AGER®. Solutions for the production of dry aged beef, pork, ham or charcuterie – without a water connection.

Solutions as individual as your requirements. Determine the larder size and select the materiality, colour and equipment.

Dry Aging has never been so easy.

Super efficient plug & play production units, which can be retrofitted to any existing walk-in chamber or cold room. Make an opening in the ceiling, put this solution on top and plug it in – done! Your are ready to produce Dry Aged beef, pork, salami, ham and cheese in big quantities. 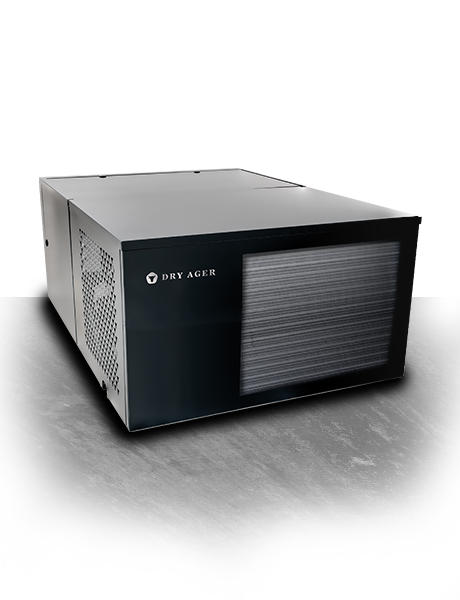 Dry Aging has never been so easy.

Super efficient plug & play production units, which can be retrofitted to any existing walk-in chamber or cold room. Make an opening in the ceiling, put this solution on top and plug it in – done! Your are ready to produce Dry Aged beef, pork, salami, ham and cheese in big quantities. 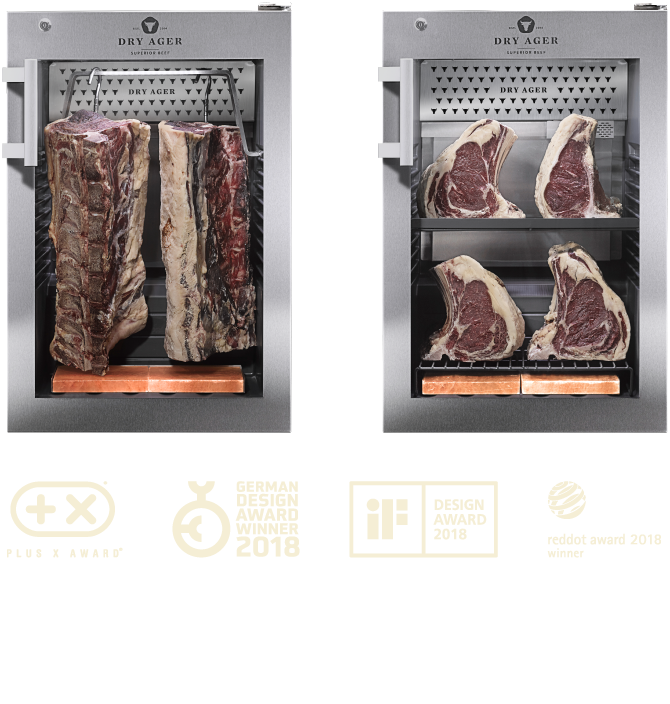 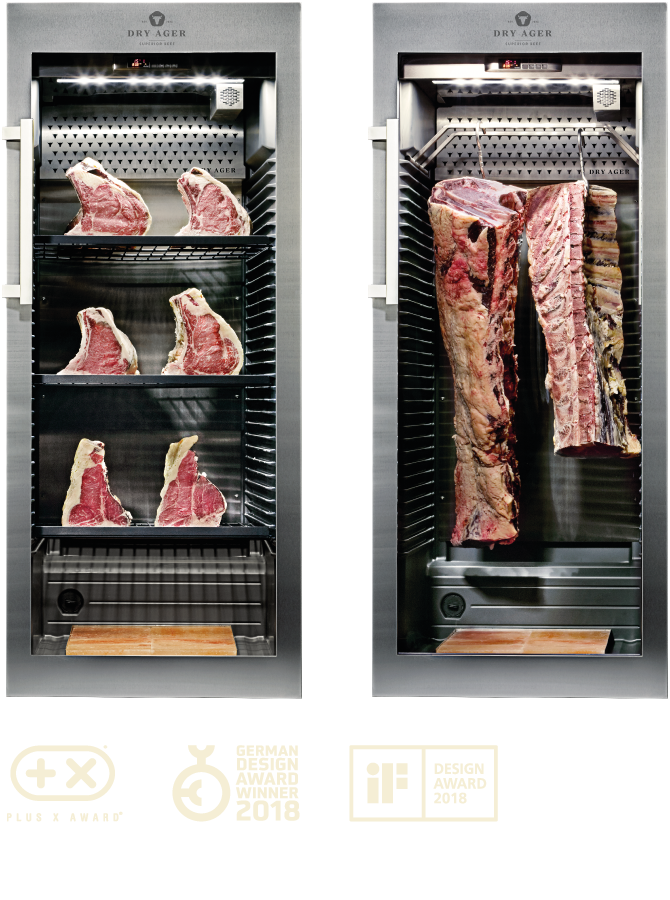 This is how you mature your meat at home

There is only one meat: dry aged beef.
And there can only be one refrigerator:
The Dry Ager®. At home, for always, for you!

The area of Lampertsweiler in deepest Southern-Germany, is the centre of the world. Don’t you know this? Then you are probably not a hunter. From Latvia to Andalusia, hunters who want perfect cooling conditions probably have a game fridge from us. In Lampertsweiler, a peaceful district of Bad Saulgau, 30 kilometres north of Ravensburg, lives the Landig family, who run their business supplying customers around the world with game fridges. They are also well known for their range of Vacuum Sealers and Sous Vide equipment. Father Manfred (57) and his sons Christian (34) and Aaron (30) are the market leaders. They do not intend this to change in the near future. Therefore, it can only be expected that they already have a new product in their range: the “Dry Ager”- it’s the first practical refrigerator which even the beginner can easily mature their own meat. About the two sons, but first the father’s outspoken comments: In 2013, there was a buzz about where to eat the best steaks. The dry aging method was discovered again by top chefs and suppliers, with the meat from the loins of beef cattle, sometimes also from pigs and sheep. Matured for more than two months the result is a true delicacy. Up until the invention of the vacuum sealer machine in the 1960’s, there were hardly any other ways to mature beef, because it was “essential” to leave the meat in a controlled temperature, humidity and air quality. What was good for the meat lovers, wasn’t good for the suppliers. The exposed surface of the meat dried out and formed an outer crust that would have to be removed. By the end of the process, a piece of meat lost up to 30 % of its weight – and the butcher made 30% fewer sales. The only way to obtain maturity without weight loss was to use a “wet” aged bag, which still resulted in a tender piece of meat. Today, almost all beef produced in Germany has been aged in a plastic bag. This method does, however, leave a sharp metallic flavour that meat lovers have adjusted to. Only recently, with the growing popularity of high-priced steakhouses, has it brought the enjoyment of the Dry Age flavour back to people. But where could you buy the alternative to vacuum meat? Dry aging steaks, at a reasonable price, was sought after for a long time in vain.  With the already successful background and the set-up of the accounting, sales and showroom divisions, there is only one way. forward for the company to grow and become market leader. From the time the children were at infant school to studying at university, they had discovered a niche in the market place which could be backed up with the qualifications that the sons had mastered. Aaron like his father, had a master’s degree as a refrigeration and air conditioning technician, his brother a skilled businessman. The father Manfred, could only give his expert advice when his sons began, they were very much left to it. 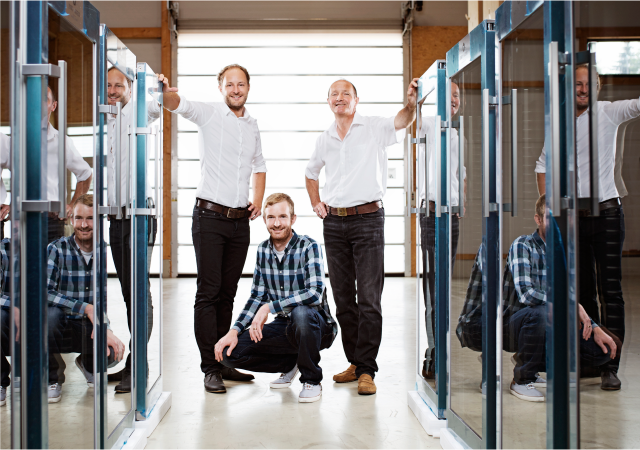 Vision: a meat maturing fridge that fits perfectly in terms of hygiene, usage and appearance into the restaurant or clubhouse and even at home. The ready to plug in – 220 volt unit without external water source – that costs less than 5.000 euros. For butchers and steakhouses, a unit that will pay for itself, after sales from filling the Dry Ager with meat only three times. A realistic calculation, because a high quality, marbled side of beef, costs in Germany 11 to 18 euros per kilo directly from the slaughter house. After four to six weeks of dry aging, the cuts have doubled in market value – a Dry Aged steak, from a local cattle breed, rarely costs in store less than 60 euros per kilo (in Germany), sirloin steak of beef cattle breeds such as Angus and Hereford from Ireland, America and Australia are even more expensive. The time and the market were right, so it only needed the product. But its development continued, and with Swabian characteristics such as accuracy, ingenuity, efficiency and ambition in the business, one could expect results. While Christian with some clients from large corporate database wondered whether any would be interested in a maturing refrigerator for home use, with Aaron’s devotion he concluded: A project is even for an experienced refrigeration engineer like him who has designed artificial ice rinks and large cold storage rooms, no small task. “First of all, we played about for months with the unit, making sure it kept temperature and humidity with good air circulation. Then we bought some meat and for weeks observed what happened in the maturation period and how we could improve on the unit,” he says, whilst he checked the results on the data tracker, which were still in the experimental stages “Ager” in the office. 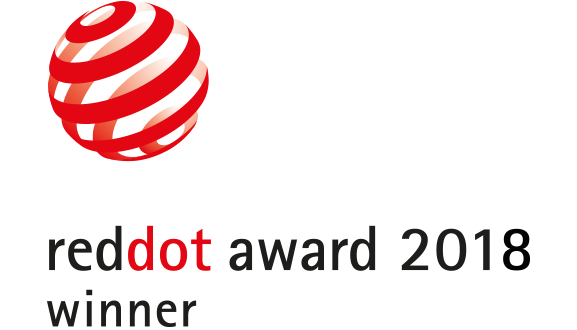 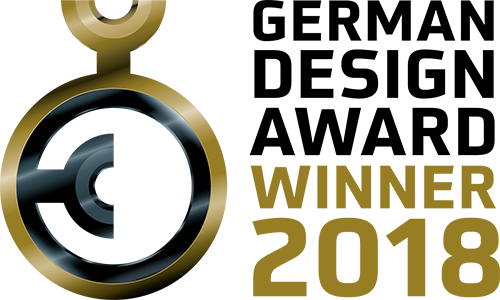 THE DRY AGER® WINS THE PLUS X AWARD 2017
IN 4 CATEGORIES, MORE SUCESS

Send us your enquiry by filling out the following contact form. We guarantee, that your request will be processed within 24 hours (during workdays). We are looking forward to assist you.

HERE YOU CAN REQUEST A PERSONAL OFFER QUICKLY AND WITHOUT OBLIGATION